In an independent study conducted by the American Automobile Association (AAA) on autonomous braking, it was discovered that pedestrian detection technology was not as effective at avoiding collisions with pedestrians compared to an alert driver, and was particularly unreliable at night.

The AAA tested simulated collisions with the following scenarios:
– A child pedestrian running into traffic from between two parked cars
– A vehicle turning right on an adjacent road while an adult pedestrian crossed simultaneously
– A vehicle approaching two adult pedestrians along the road

The models used in the study were a Chevrolet Malibu, Honda Accord, Tesla Model 3 and a Toyota Camry, all 2019 models.

When encountering a child pedestrian at 32 km/h, a collision was avoided only 11% of the time. It seemed that the smaller the size of the pedestrian, the lower the chance of collision avoidance.

When the test cars encountered an adult pedestrian after turning, none of the cars reduced the impact speed in any of the five tests conducted.

When encountering two pedestrians along the road travelling at 32 km/h, a collision was avoided only 20% of the time. 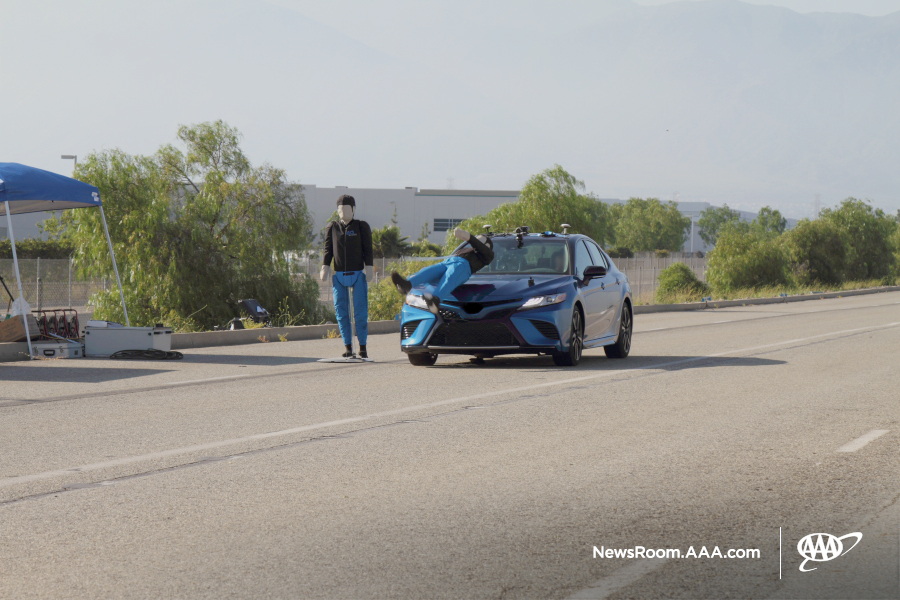 Pedestrian detection systems were ineffective and unreliable during night time conditions. During testing, which commenced an hour after sunset, there were no notifications for potential collisions nor did any of the test vehicles automatically stop when an adult pedestrian crossed the road.

The AAA determined that the results were consistent with the system limitations outlined in the owner’s manual of each tested vehicle.“As such, drivers are strongly urged to familiarise themselves with proper operation and limitations of any ADAS (Advanced Driver Assistance Systems) features present within their vehicle,” the organisation stated.

The AAA concluded that no driver should rely on pedestrian detection systems to avoid an accident as they serve as a backup rather than the main way to avoid collisions and that they should familiarise themselves with the proper operation of any ADAS feature, information which is found within the owner’s manual.

Since 1970, the road death toll in Australia has decreased due to stricter road laws and measures put in place by transit authorities. Despite the overall decrease, when compared to the rest of the world, Australia is still quite high.

According to a report on car accidents released by Budget Direct, per 100,000 people, Australia came in seventeenth when it came to on road deaths with 5.4. Australia ranked behind New Zealand (8.4) and the United States of America (10.6). The global average was 17.4 deaths per 100,000 people.