Hyundai Motor Company Australia (HMCA) will invest in a new hydrogen vehicle refueller in line with its commitment to grow the Australian hydrogen mobility sector.

The Korean car manufacturer will spend $1.7 million on a new hydrogen refuelling station located at its head office in Macquarie Park.

The new hydrogen fuel station will replace their current bowsers, which have been in operation since 2014 and will support their range of fuel cell electric vehicles.

Partnering with the Australian gas technology company, ENGV, the new Hyundai hydrogen refuelling facility will make its own hydrogen on-site, instead of having the fuel delivered as the arrangement has been in previous years. 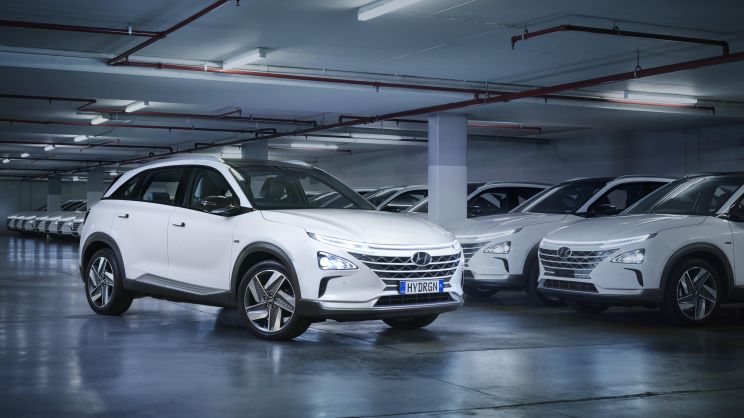 Hyundai has chosen US-based PDC machines and IVYS Energy Solutions to supply the hydrogen refuelling station, known as the SimpleFuelFast, with ENGV being responsible for local assimilation, installation and ongoing operational services.

A maximum of 20kg of hydrogen will be produced daily through an integrated electrolyser, which will deliver up to 700bar of refuelling capability.

Hyundai says that its hydrogen-powered Nexo model can be refuelled in less than five minutes, which will provide a driving range of up to 666km (WLTP), roughly equivalent to a petrol vehicle.

“This investment forms part of Hyundai’s long-term commitment to a zero-emission future for Australia,” Hyundai’s newly-appointed CEO Ted Lee said at the announcement.

“Hydrogen fuel cell mobility is anticipated to play an integral role in the country’s transition to cleaner drivetrains and we intend to help lay the stepping stones toward making this vision a reality.”

Hyundai has a hydrogen rival in Toyota’s hydrogen fuel-cell Mirai which has been offered on lease to particular customers.

Hyundai’s Nexo has been made available to the ACT and Queensland Governments, with both state governments successfully incorporating the vehicles into their existing fleets.