Volkswagen will transform into a tech company alongside its automotive business after announcing an €800 million upgrade.

Volkswagen’s new strategy is faster model development after it announced its reduction in vehicle development times.

As a part of its recalibrated plans for the Technical Development (TD) Division, the German car manufacturer has shortened its vehicle development timeline from 54 to 40 months, which starts at the point where a model’s software framework is first implemented to when it is finished.

Closer integration of Development and Production was done to accelerate production time per vehicle with the aim of ten hours allotted per car.

The TD team is currently the largest engineering unit in Volkswagen’s operations, employing 11,500 staff, which is focused on transforming the carmaker into a technology company alongside its current business model. 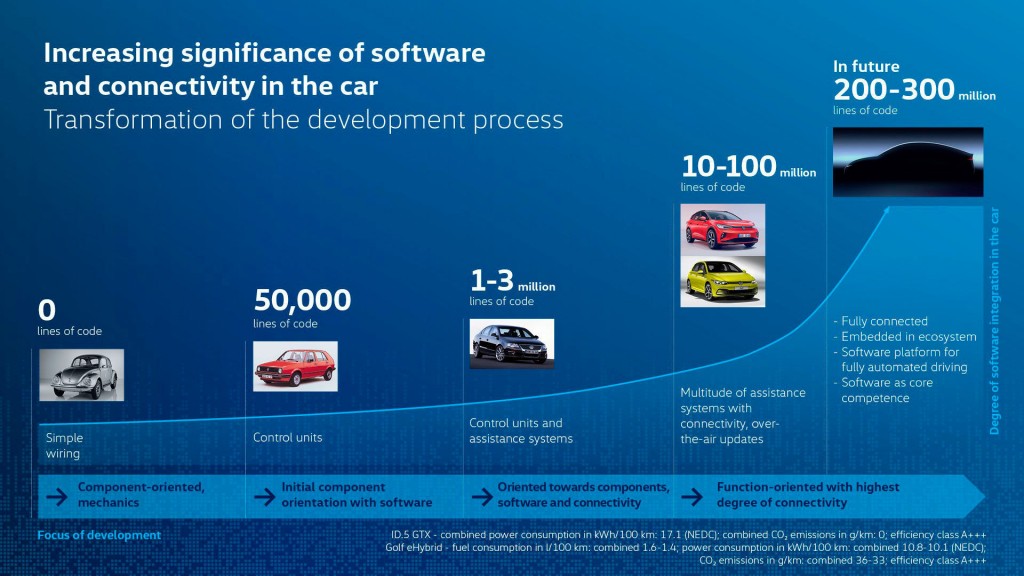 Member of the Board of Management responsible for TD, Thomas Ulbrich, stated that the investment in the division is crucial in aiding Volkswagen’s future shift.

“If the car is increasingly becoming an electrically driven software product, then its development must also evolve in all dimensions,” said Ulbrich.

“We are making TD more connected and more efficient by focusing our processes and organisation on systems and functions rather than on components. Software first rather than hardware first.

“This will enable us to cut development times by 25 per cent – in the future, vehicle projects will be completed in 40 months from the point at which the basic software architecture is in place, instead of 54 months as before.”

An €800 million (AU$1.17 billion) investment has been announced for Volkswagen’s Campus Sandkamp within its Wolfsburg base, which is to be rolled out over the next five years to support 4000 employees working on the brand’s top projects.

“This year, the transformation will also become visible outside the Group with the Campus Sandkamp development center [sic] planned for Wolfsburg,” said Ulbrich.

“We will spend €800 million on making Campus Sandkamp the most cutting-edge vehicle development center [sic] in the world. In this way, we are highlighting that TD is ratcheting up the pace of transforming Volkswagen into a tech company.”

It is expected that the next five years will be a big boom for Volkswagen’s electric vehicle operations as it implements its Scalable Systems Platform across brands under the Volkswagen Group to the introduction of the project Trinity EV before 2026.

Sony and Honda to collaborate on an electric car due in 2025
Competitive Asset Finance with AFS!