While European and Korean carmakers are moving towards the next iteration of cars, the Japanese carmaker isn’t as convinced.

Toyota’s global boss doesn’t agree with the banning of petrol- and diesel-powered cars. Akio Toyoda recently told the media that “carbon is our enemy, not the internal combustion engine”, which is a vastly different stance to European car manufacturers.

His remarks were in reference to certain powers like the European Union banning the sales of internal combustion engines from 2035, favouring full electric vehicles.

The EU’s goal is to significantly reduce carbon emissions by at least 55 per cent of 1990 levels by 2030 and to have net zero emissions by 2050.

Hybrids use a conventional petrol engine together with a small battery and electric motor to reduce fuel usage. Toyota offers a hybrid model in most of their vehicles in Australia, which at present are experiencing long waiting times for delivery due to their popularity.

Toyoda says that companies must maximise their existing technology to reduce emissions immediately.

Car manufacturers like Hyundai, Volkswagen and Kia are spending billions of dollars in developing electric cars over the next decade.

However, Toyota has been slower to respond. 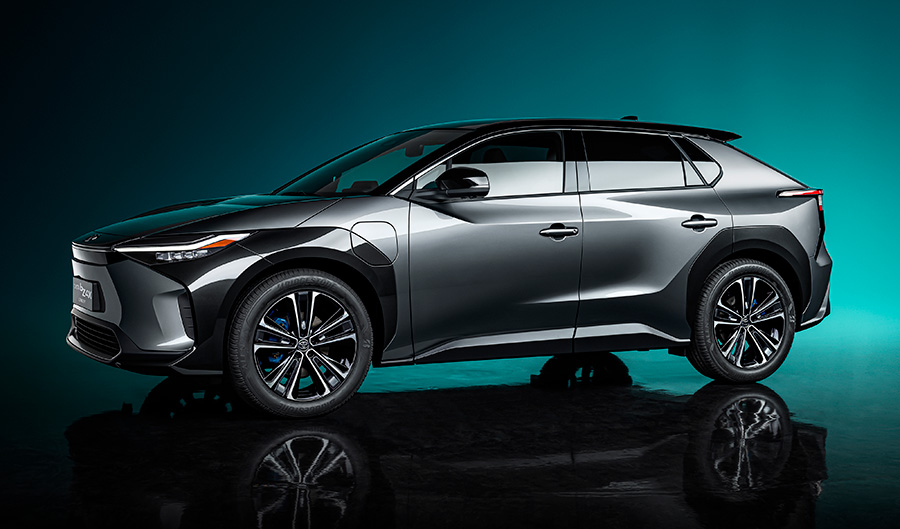 The Japanese carmaker only revealed its first dedicated EV concept car, dubbed the bZ4X, at the Shanghai motor show earlier this year. The company is planning on having seven bZ models launch globally by 2025.

At present, Toyota offers roughly 55 electrified models globally. The line-up is expected the expand by 2025 to roughly 70 models including hybrid, plug-in hybrid, battery-electric and fuel-cell varieties. About 15 of those models will be pure electric cars.

Main rival Hyundai is further ahead of Toyota with two electric vehicles: the Ioniq and Kona EV, which are already on the market. The first of the next generation of EVs, the Hyundai Ioniq 5, arrives in Australia later this month.

European car manufacturers Volkswagen and Mercedes are full steam ahead with their electrification goals and plans.

Toyota is developing a hydrogen-powered vehicle, the Mirai Fuel Cell vehicle. A fleet of Mirai’s is currently being leased out in Australia to test out the technology, which converts hydrogen into electricity.

Toyota’s rival Hyundai also has a fleet of Hydrogen Fuel Cells being tested in Australia, the Hyundai Nexo.