The order books have opened for the world’s fastest ute with many placing orders and putting deposits down despite RAM not announcing the price.

The official importer, RAM Trucks Australia, has begun taking ‘expressions of interest’ through its website, while dealers nationwide have reportedly already taken orders and deposits even though the price has not yet been announced.

While the vehicle’s price is unknown, it is known that it is set to officially launch in the second half of the year.

A message on the RAM Trucks Australia website says:

As the only Fiat Chrysler Automobiles authorised importer and remanufacturer of right-hand drive RAM Trucks in Australia we’re working closely with our colleagues in the US to bring the TRX to Australia in 2021. Express your interest now so we can keep you in the loop when more information becomes available. Exciting times!

The RAM 1500 TRX is said to be a direct competitor to the Ford F-150 Raptor in the US and was “inspired by the competition’s nightmares” (aptly named T-Rex as it eats Raptors).

It boasts a 702-horsepower 6.2-liter Supercharged HEMI® V-8 Engine and was “engineered to handle the most punishing conditions with extreme capability and outperform every other truck”.

Although it weighs the same as one of the Opera House’s sails, the ute is alleged to get to 100km/h in 4.5 seconds. 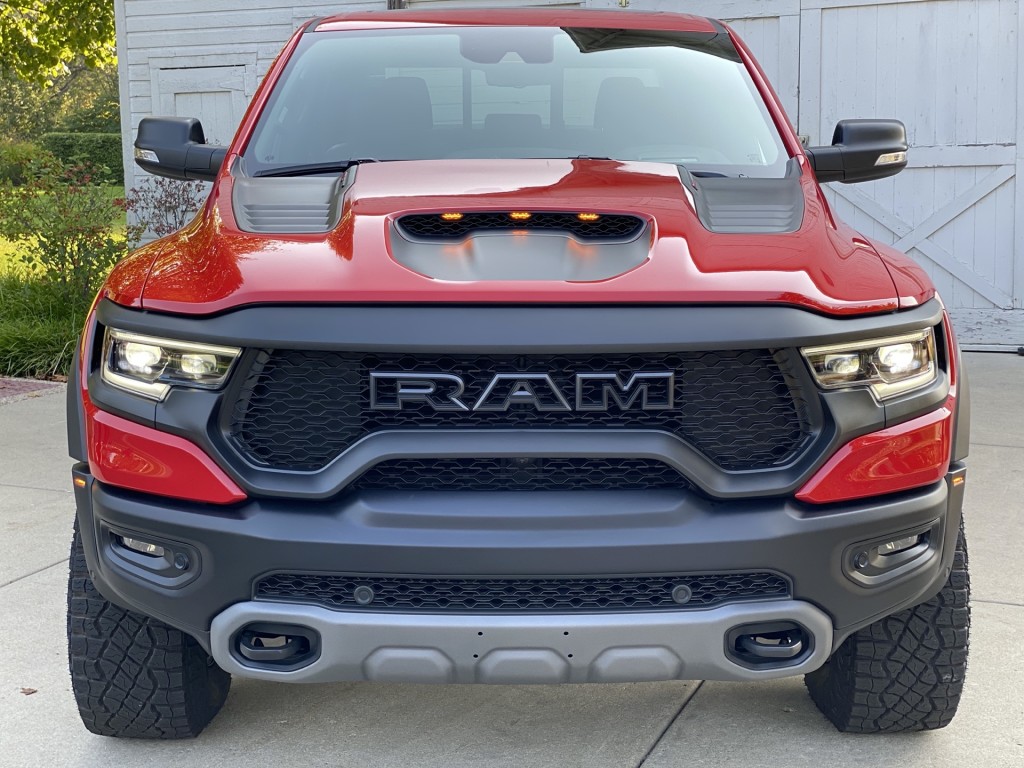 This figure has given RAM Australia bragging rights as it has declared it the “quickest, fastest and most powerful mass-produced truck in the world” whilst also labelling it an “apex predator of the truck world”.

Ride height has increased by 51mm, with ground clearance now 300mm, while wading depth is 813mm. Approach, departure and break-over angles are 30.2, 23.5 and 21.9 degrees respectively. The maximum payload is 594kg, while the maximum braked towing capacity is 3674kg.

While we know that the TRX will arrive in the second half of the year, it’s most likely that it will be released in the last quarter of 2021.

RAM Australia is now computing how much to charge for the ute that they tout as a halo model, which will sit at the top of the range in Australia.