A more peaceful and serene cabin experience is soon going to be a reality with Hyundai’s newest innovation.

Hyundai’s current ANC system can only cancel out sound that is constant and predictable, thus restricting its effectiveness.

Older systems relied on physical attributes like insulation and dampers to passively kill sound. A downside to using this being extra weight on the car and a low-frequency hum that seeps through into the cabin.

According to Hyundai, its RANC system is so advanced it can accurately detect, analyse and counteract noises affecting the driver, front passenger and rear passengers separately and can reduce cabin noise by about three decibels. 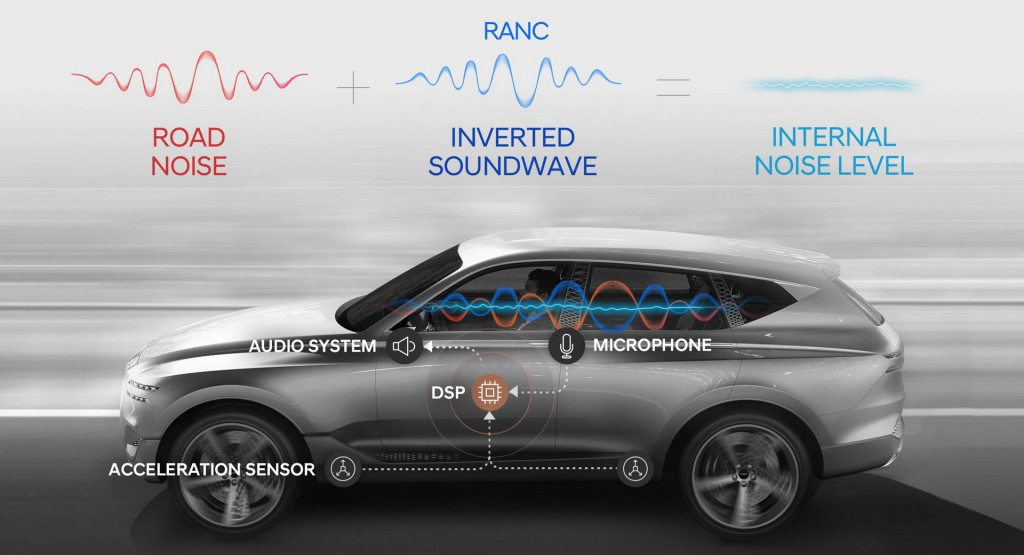 Hyundai’s RANC technology doesn’t rely on the traditional methods of sound insulation. It now uses an acceleration sensor that will detect vibrations, which will then be analysed by a computer before finally emitting the appropriate inverse wave from a digital signal processor to cancel out the noise.

Microphones will also be used to monitor how well it cancels out unwanted sound and provide consistent noise cancellation.

All of these actions will take all of 0.002 seconds to be completed. Previous active noise cancelling systems struggled to action this sequence in the 0.009 seconds it takes for road or engine noise to reach passenger ears.

Hyundai collaborated with the Korea Advanced Institute of Science and Technology, WeAcom, BurnYoung and audio company Harmon, the latter of which they partnered with to test the RANC technology.

It took Hyundai and its aforementioned collaborators six years to produce a version ready for mass production.

Hyundai’s RANC system is expected to debut in the forthcoming vehicle from Hyundai’s luxury brand, Genesis.